Dear Sakshi,
Once upon a time there lived a King....lol! Nope am not gonna start telling a story. These days when I tell a story to my son, it takes me back to my own childhood. Life was much more simpler and the innocence of your heart always made you believe that the world was indeed a beautiful place to live in and the worst villains were, the big bad wolf or the wicked witch or the cruel stepmother. Gosh! The naivety was just too sweet and comfortable. Childhood was like a comfortable cushion and once u turn into n adult it becomes either a cold steel chair or a hard wooden bench! Ya ! Occasionally u get the bean bags also..:-) , at least some of us believed in the stories we were told. It took us to a fairyland, there was suspense, action, love, compassion and then everyone and everything whether human or animal lived happily ever after. I remember someone telling me a joke, listen on...Once a mother was feeding her four year old son, and he was incidentally driving her mad at it...so she tried scaring her son with the story of a monster that used to come and take away kids who didn't eat...(ok Nw this is the fun part)...suddenly the son after some ponderous thinking asks his mother whether the monster used to come scare her as well, to which the mother replied, "Only if I refused to eat my food, but I always ate my food". Now with a triumphant smile the boy says, "it's ook Ma if the monster was from during your childhood, it can obviously be of no harm to me since, it would have reached its old age now....and even then you have never seen the monster yourself, how can you be sure such a thing exists...maybe I should find out, then we will know for sure..."
Ha! Nailed and sealed! Moral of the story, don't use the same stories with the kids of this age....Times have changed and so have we and our kids. The world is no longer a pretty place anymore and these tiny tots seem to sense it with their hypersensitive radar systems...So that's that , cut the crap and change the stories and villains, God alone knows what all tactics you need to master to successfully raise your child. The kids are more tech savvy, have increased logical thinking and are to put it simply...more sensible. But then along with all this state of the art personality armaments, the kids these days lack in faith. Doesn't mean you have to be religious, but being spiritual makes u a sensitive and compassionate human being and that my folks should be the mantra of the future. No matter what they know and acquire along the way, having faith, empathy and compassion will make them better human beings. Nowadays parents interact lesser with their kids, the era of the I pads and I pods and Notebooks and Tabs rule the living and dining rooms. Interests vary and emotionally there are a lot of discrepancies in the family and the result is that we have an age of kids who become mechanical, almost like the android phones they own, devoid of sincerity and the ability to add that extra ingredient called love in their lives . Let's hope for the best and try to mould our little ones hoping they won't retaliate too much, he he...I mean we did rebel during our times and whew! we never thought we would be facing all that in due course of time...life's sweet revenge...oh well my kids are also gonna have kids, it's a vicious cycle people! A vicious cycle...;-)
Posted by Sajna VInish at 4:32 PM 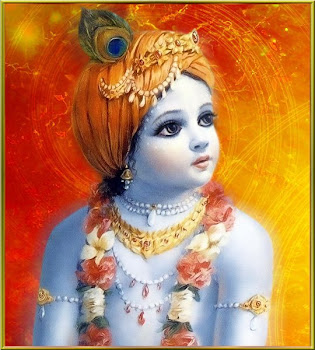